The Sulby Reservoir dam was originally designed to be constructed in two stages, with construction commencing on site in 1979. The ﬁrst stage dam was to be 35 meters in height and to be completed before the summer of 1982. The second stage was to involve raising the dam by 25 meters when water demand had outgrown the yield available from the ﬁrst stage reservoir. In the event it was decided by the Manx Parliament, Tynwald to fund the construction of the full height dam immediately and to use the surplus water available in the early years to generate hydro-electric power. The dam was completed in 1982. The reservoir’s capacity is over 1,000 million gallons. WALO UK’s Dense Asphaltic Concrete (DAC) forms the impermeable membrane which seals the upper part of the dam. The original ﬁrst stage of the dam was provided with a 750mm thick central DAC core constructed by another specialist contractor. The core is connected to the DAC membrane which WALO constructed on the upstream face of the second stage of the dam.

The choice of a combination of asphalt core and membrane as the main waterproof membrane was greatly inﬂuenced by needing to construct the dam in two stages. It was also most satisfactory during construction, enabling the deepest section of the cutoff to be located in the soundest part of the rock foundation and allowed the placement of the main fill material of the upper part of the dam to be completed without the impediment of having to keep core and dam fill in step with each other. Loss of water through fissures in the rock foundation is limited by a concrete ﬁlled cutoff trench, excavated 2 to 3 meters deep into sound rock across the valley beneath the dam. The rock beneath was sealed by means of cement grout being injected into a closely spaced curtain of holes drilled to depths of up to 50 meters. The asphalt core and membrane are sealed onto the concrete cutoff. In 1992, at the first independent inspection of the reservoir the reservoir water level was lowered to allow the whole membrane to be inspected. There was no evidence of any significant deterioration. The reservoir was last independently inspected in 2007. The Inspecting Engineer was happy with the condition of the membrane, and subsequent supervising engineer inspections have identiﬁed no changes to give rise to any new concerns. 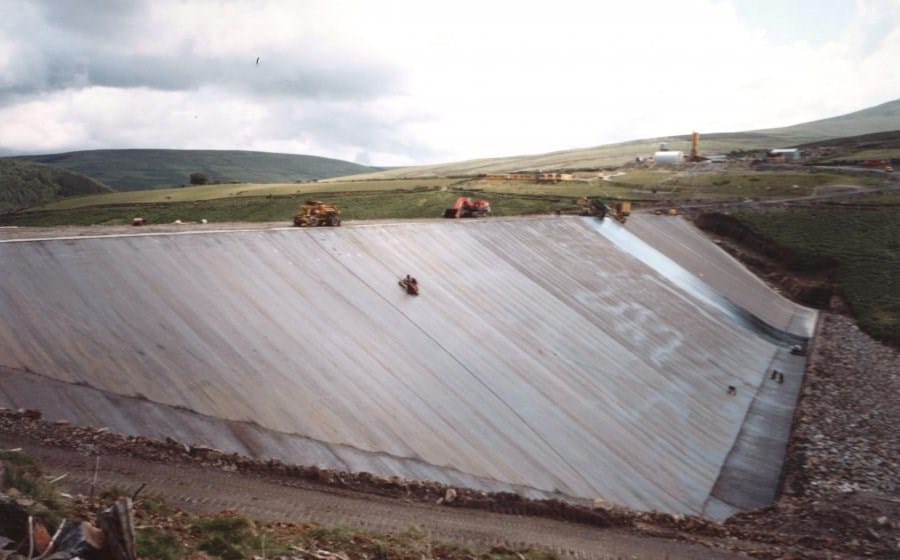 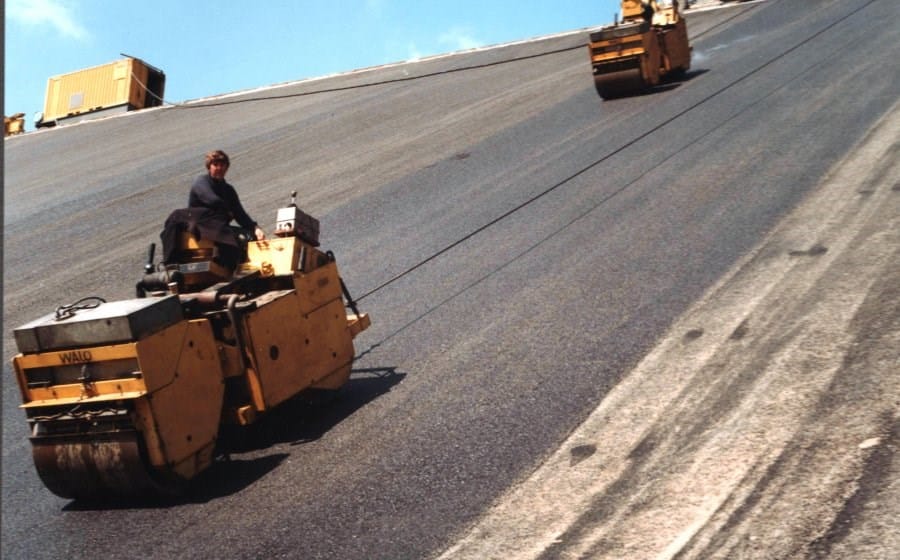