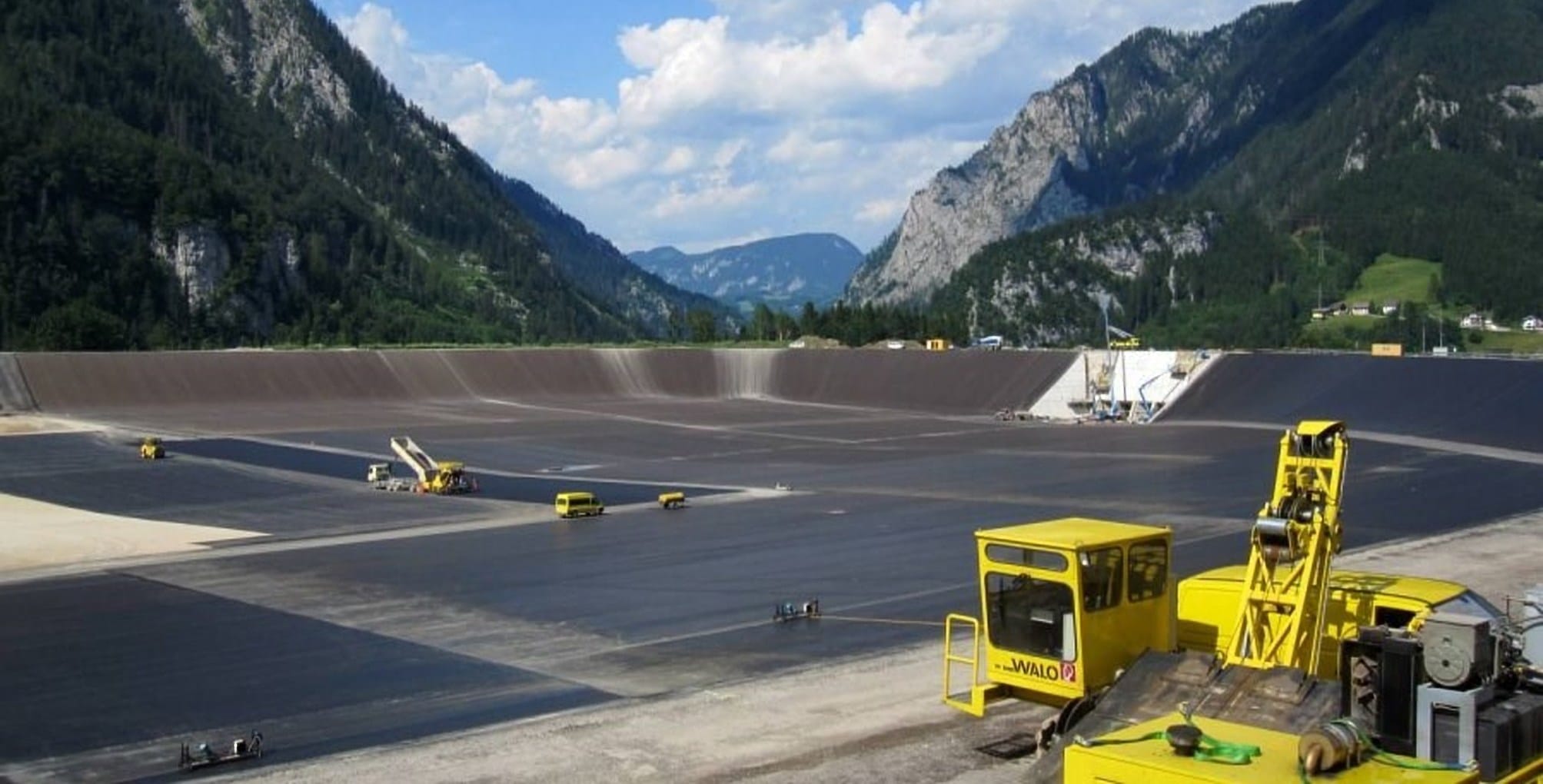 The upper reservoir at Wag, which also serves as an equalizing reservoir, was constructed during the 1950s in a limestone area in an extremely remote part of Austria, roughly equidistant from Salzburg, Vienna and Graz. After operating for 50 years, an investigation revealed severe deformation in the base of the reservoir, owing to erosion of the limestone in the surrounding ground. Subsequent to the construction of the original reservoir in the 1950s, the technical requirements in Austria for large reservoirs had changed, meaning that the monitoring system needed updating. As a result the reservoir required complete modernization of the lining system, as well as a total renewal of the drainage and drainage monitoring system and the concrete structures.

The location is very remote, being at least two hours drive from any major towns. To add to this challenge, the construction work also needed to be carried out as quickly as possible. The weather in the region added to the complications, being notoriously wet with rainfall on over half the days of the year.

The new construction also needed to be more suitable for the limestone geology of the area and to be dense enough to last for generations to come. WALO’s Dense Asphaltic Concrete (DAC) is particularly suitable for a limestone landscape like this, being extremely impermeable but also ﬂexible and incredibly strong. WALO had two lining groups operating at the site six days per week, which reduced the construction time to just six months over one summer season, rather than taking two summers, which cut costs. WALO also installed a 240 tons per hour asphalt mixing plant at the site which meant that no time was lost transporting asphalt to the site from an off-site plant and the teams could be ﬂexible and respond swiftly to any changes in the weather. WALO’s competitors had not considered installing a plant on-site like this and would have transported the asphalt into the site from a considerable distance, which would have added a signiﬁcant amount of time and money to the project. A control gallery was installed by WALO and the existing single layer liner on a 24 m long slope with an incline of 1:1.75 was upgraded into a controlled (double lined) sealing system. The narrow, leakage tunnel which had provided access to the reservoir was replaced by two ramps. 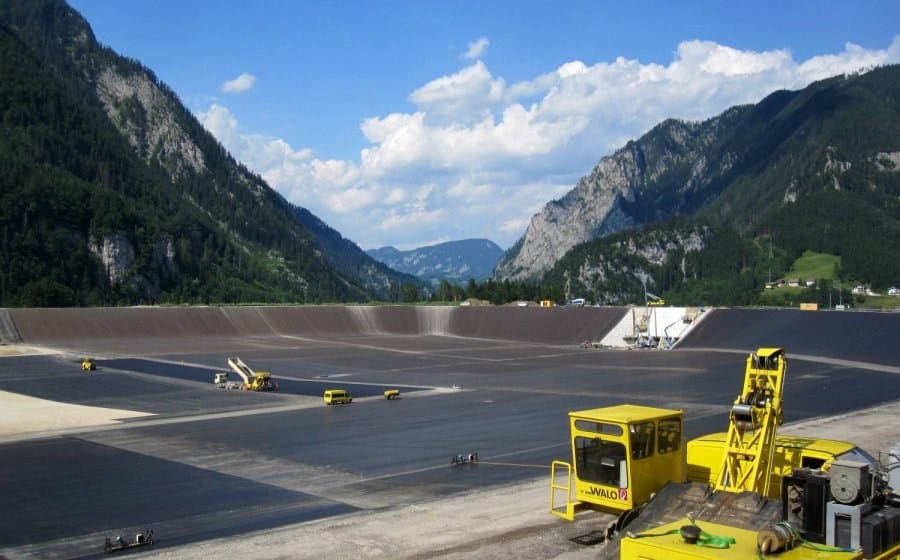 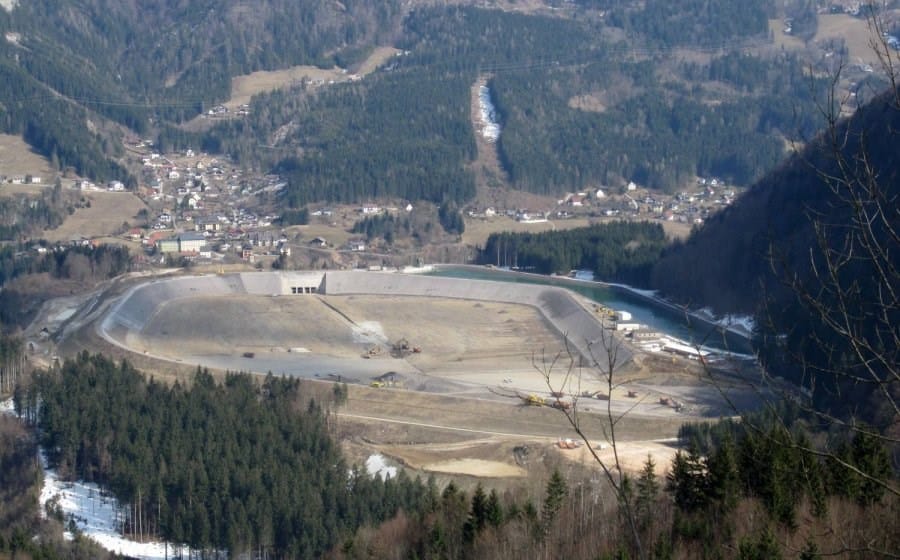 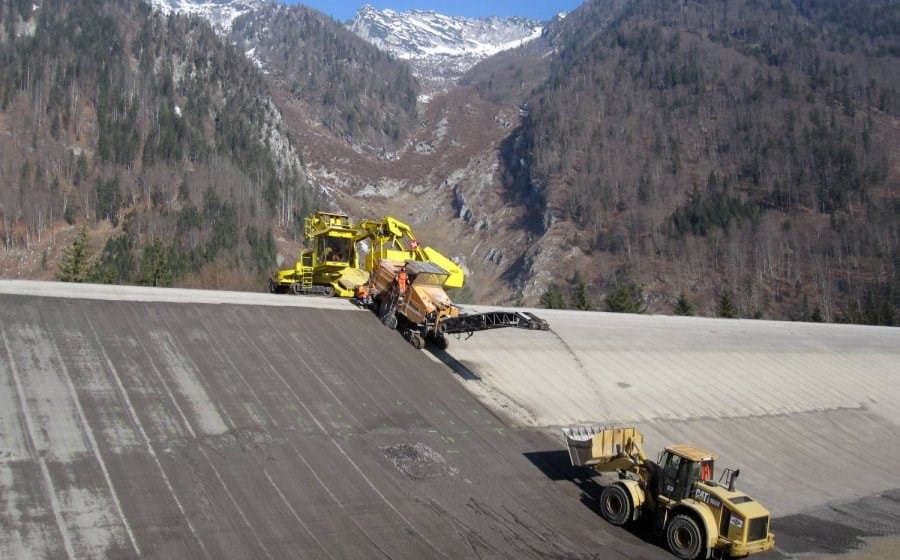