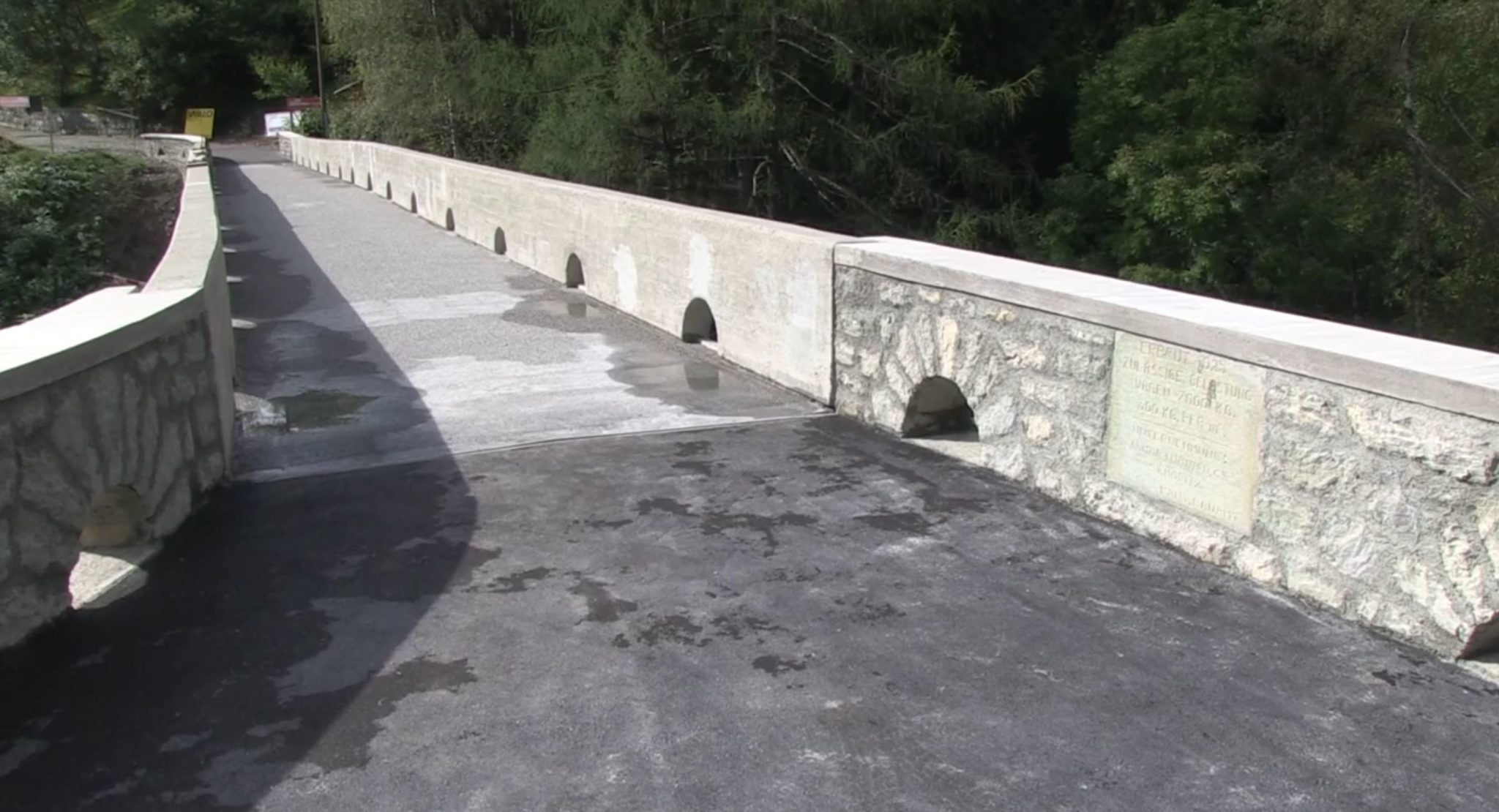 In 2013 the Municipality of Donat in the Swiss Region of Graubünden decided to rehabilitate the historical bridge connecting the two villages of Donat and Casti. The bridge was the first ever steel reinforced concrete arch bridge built in Switzerland and considered a structure of historic importance. To repair the water ingress damages on and below the structure as well as reinforce the bridge for years to come a solution using both conventional shotcrete and a Ultra-High Performance Concrete overlay with steel rebars was choosen. As the bridge was converted into a pedestrian bridge in the 1990s a gravel riding surface was applied to the fresh UHPC-layer for added traction.

The 144 ft (44 m) long and 12 ft (3.6 m) wide bridge was rehabilitated using a 1 in (3 cm) thick Ultra-High Performance Fiber Reinforced Concrete layer for waterproofing as well as structural reinforcing using a manual screed and on-site mixing equipment. All works on the underside of the bridge were done by removing the damaged concrete using manual Hydro-demolition lances and conventional shotcrete. 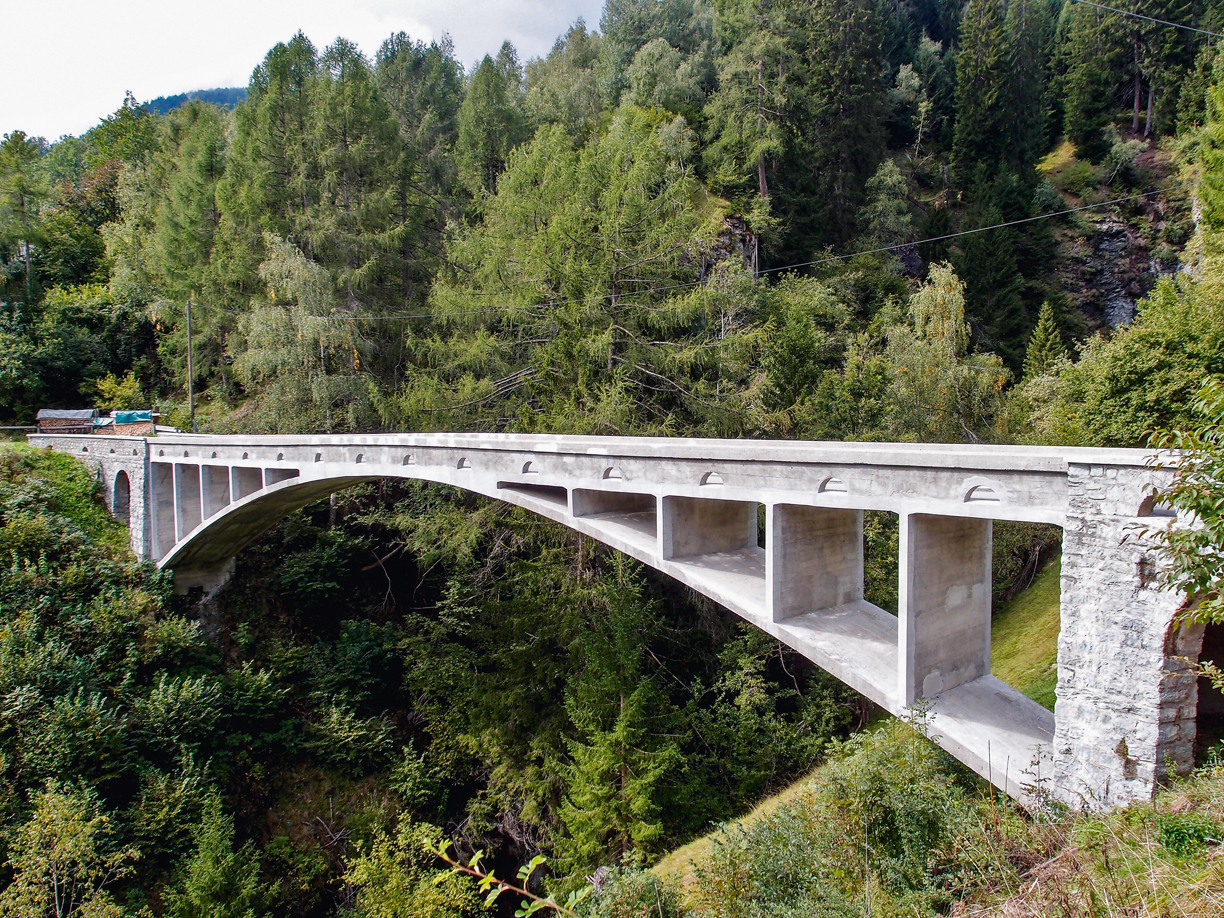 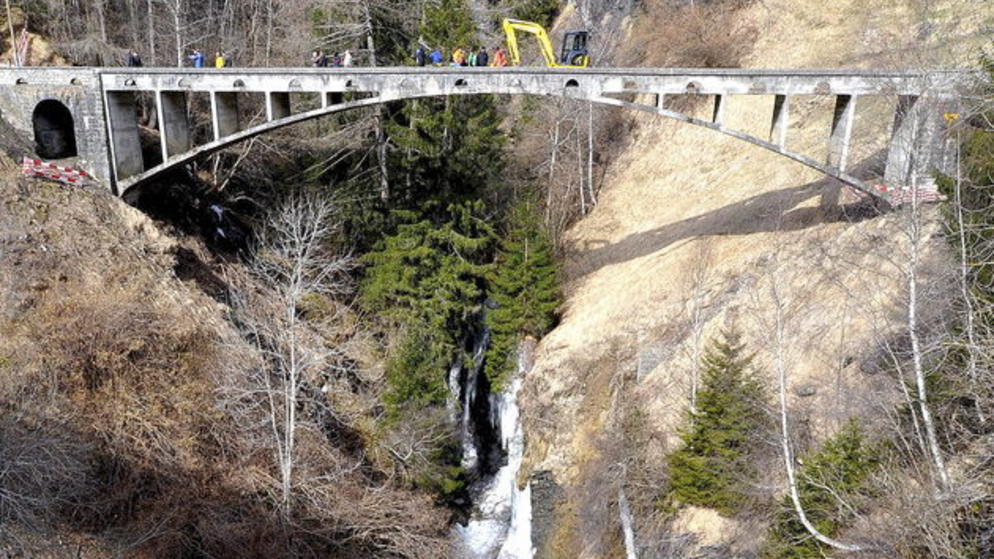 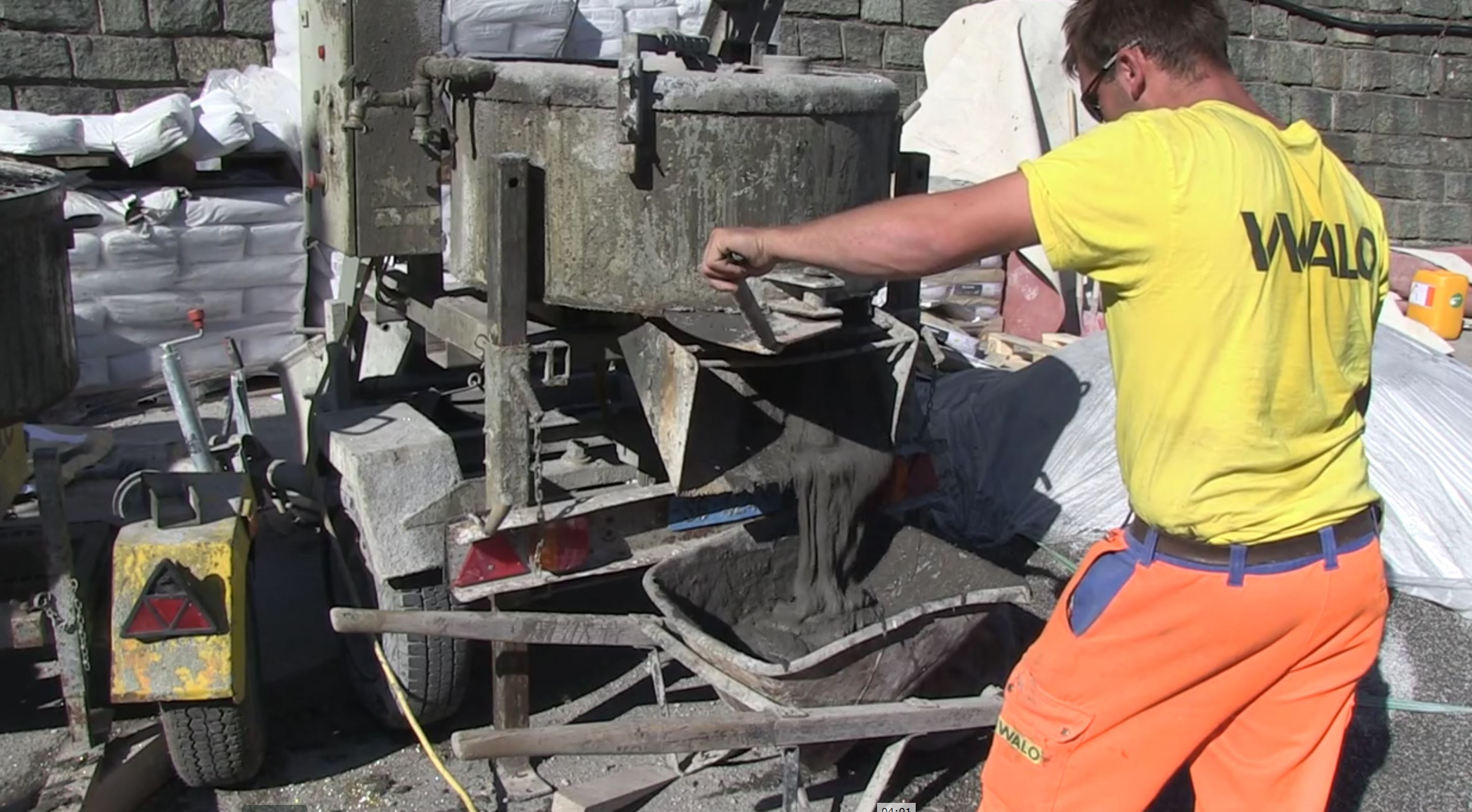 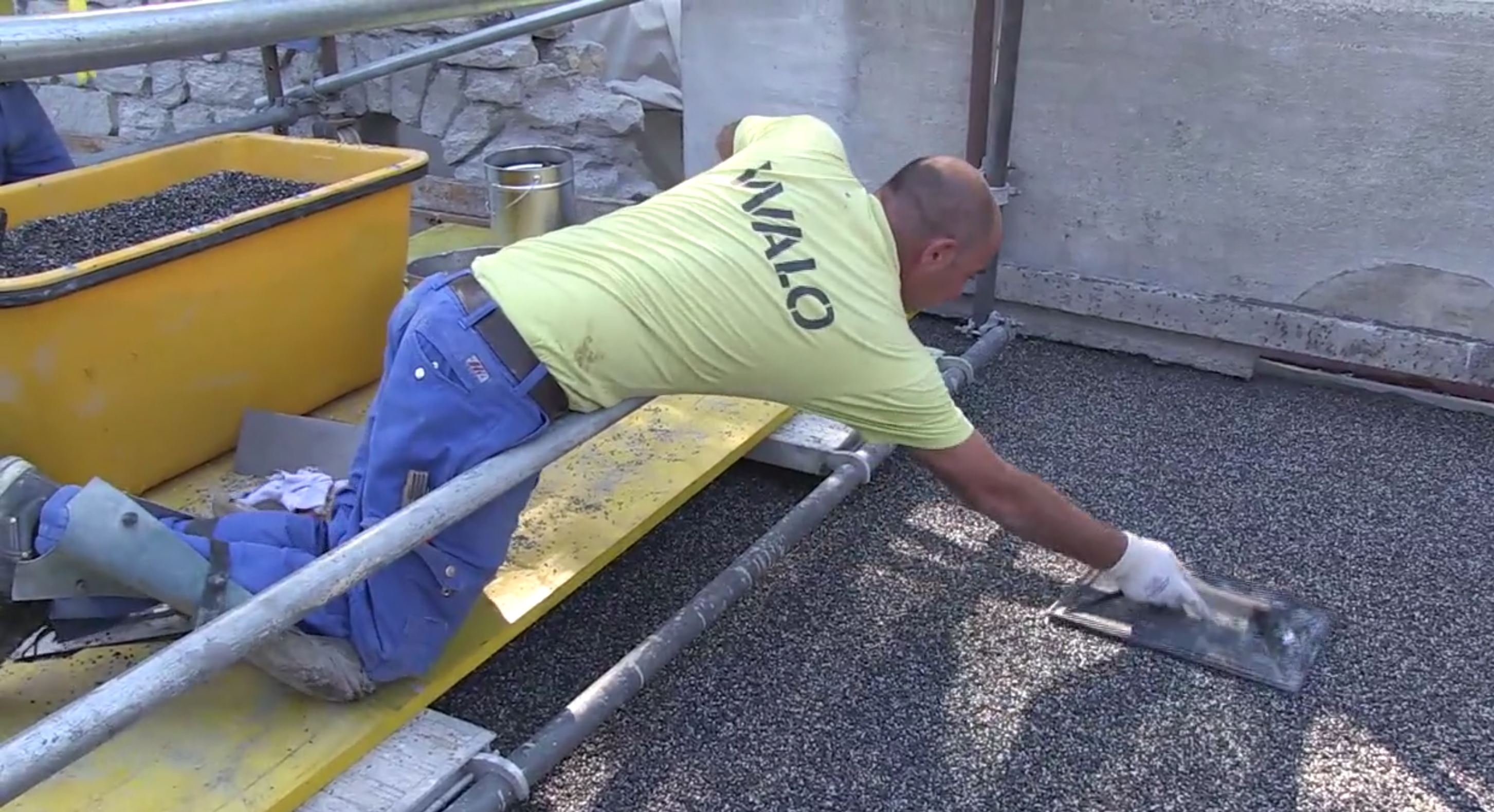 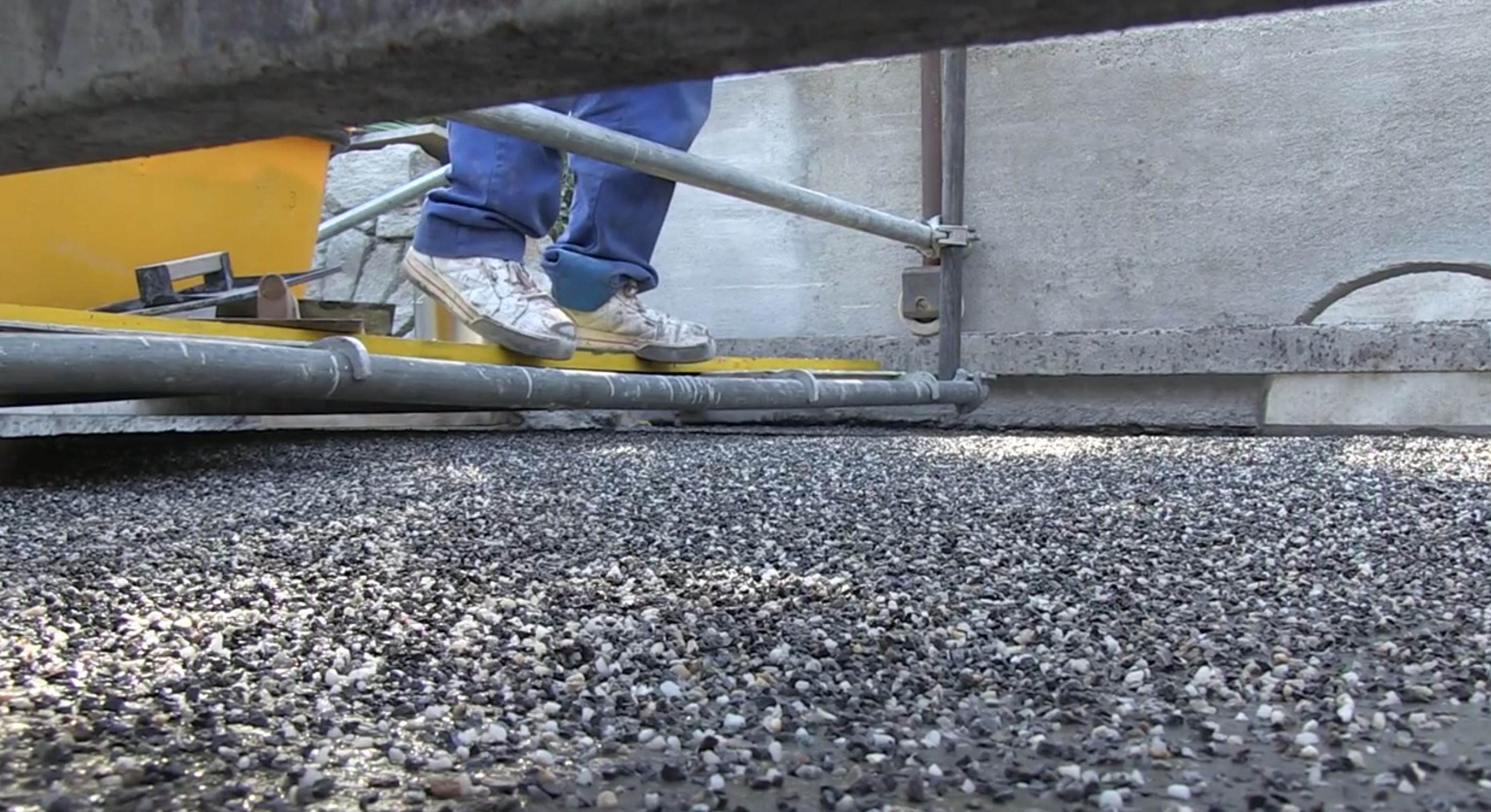