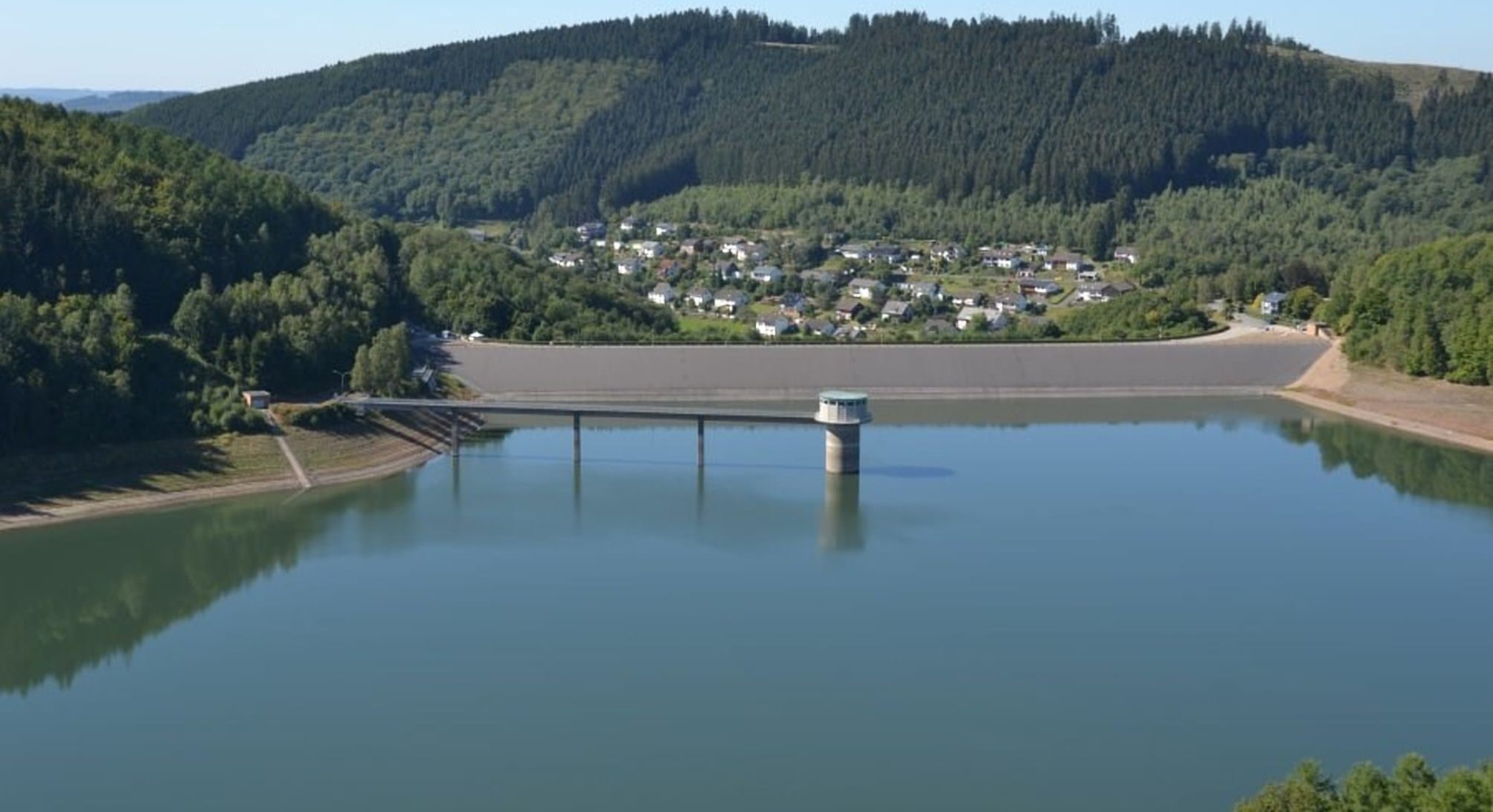 The Obernau dam in Hesse, Germany serves both as ﬂood protection facility and a recreation area, popular with walkers and cyclists. A state ﬁnanced program is funding the modernization and upgrade of the hydraulic structures at the dam. Part of this work included the installation of a controlled and monitored lining system at the upstream dam surface. At the same time, the sediments that had built up in the reservoir were removed and the dam crest was re-shaped.

The main challenge for this project was that the work needed to be completed in just one season (summer) as the dam’s primary function is flood protection, so no risk could be  taken of the project running over time.

This is one of the smallest projects that WALO has been involved with and competitors would have considered it too small to undertake. However, technical expertise was still of paramount importance, especially given the tight time constraints, and WALO is quite willing to undertake even small scale projects which can beneﬁt from the company’s particular expertise. The existing lining system was removed by milling off 10-20 mm, a new 100 mm bituminous drainage layer was placed and a new 80 mm Dense Asphaltic Concrete (DAC) layer was installed across the dam surface, some 6,400 m2 on a slope with a 1:2 incline. The drainage layer was divided into four different sections (bays) with vertical DAC barriers built within it for control purposes and extra security. The joint constructions to the plinth and spillway were also renewed.