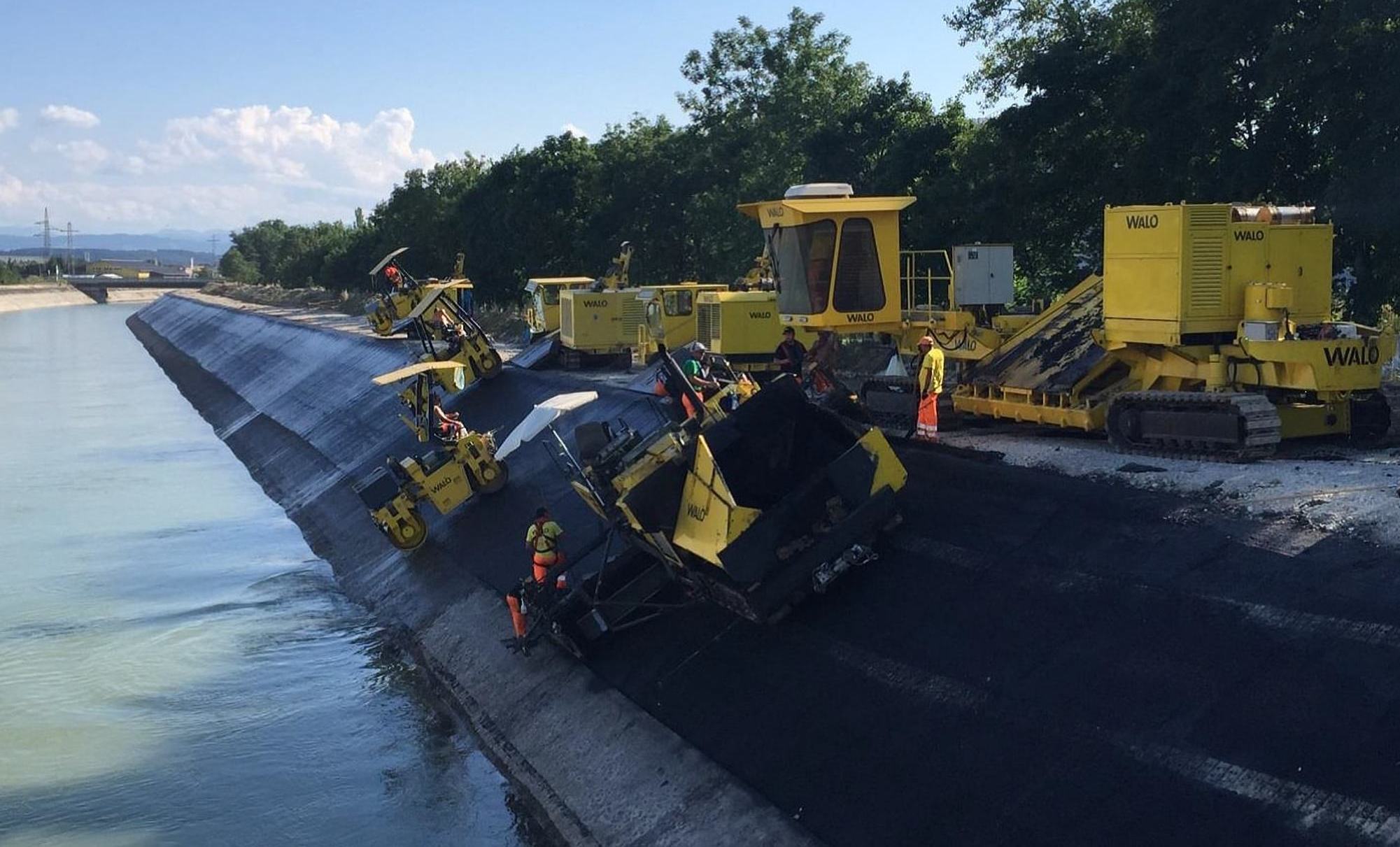 The 3,700 m headrace channel at St Pantaleon is operated by Ennskraftwerke, Steyr for power production of one of its hydro-electric power plants. The channel, located 25 km south of Linz in Austria, required some rehabilitation to be carried out after 45 years of permanent operation to ensure it continued to perform at optimum capacity. Only the upper, exposed parts of the lining needed maintenance while the channel remained operational during the works.

WALO was contracted to carry out the remedial works which consisted of milling off the old 60 mm Dense Asphaltic Concrete (DAC) layer along the channel slopes and installing a new 60 mm DAC layer. The total surface area to be re-lined was 45,000 m2 and also included various bridges and joint constructions along the length of the channel. Like every WALO project, the team applied DAC formulated to a unique design mix using specialist laying and compaction techniques.

The particular challenge presented by this project was that all the horizontal milling and paving works had to be carried out on the slopes, which have an incline of 34°, above water which remained in the channel throughout. Also, the only access was provided by the narrow crest road, so was very limited. This meant that movement of heavy plant and machinery had to be carefully coordinated to ensure maximum safety and efficiency at all times. The water level in the channel was lowered for just ten weeks to allow the work to be carried out while the whole project was completed in four months. 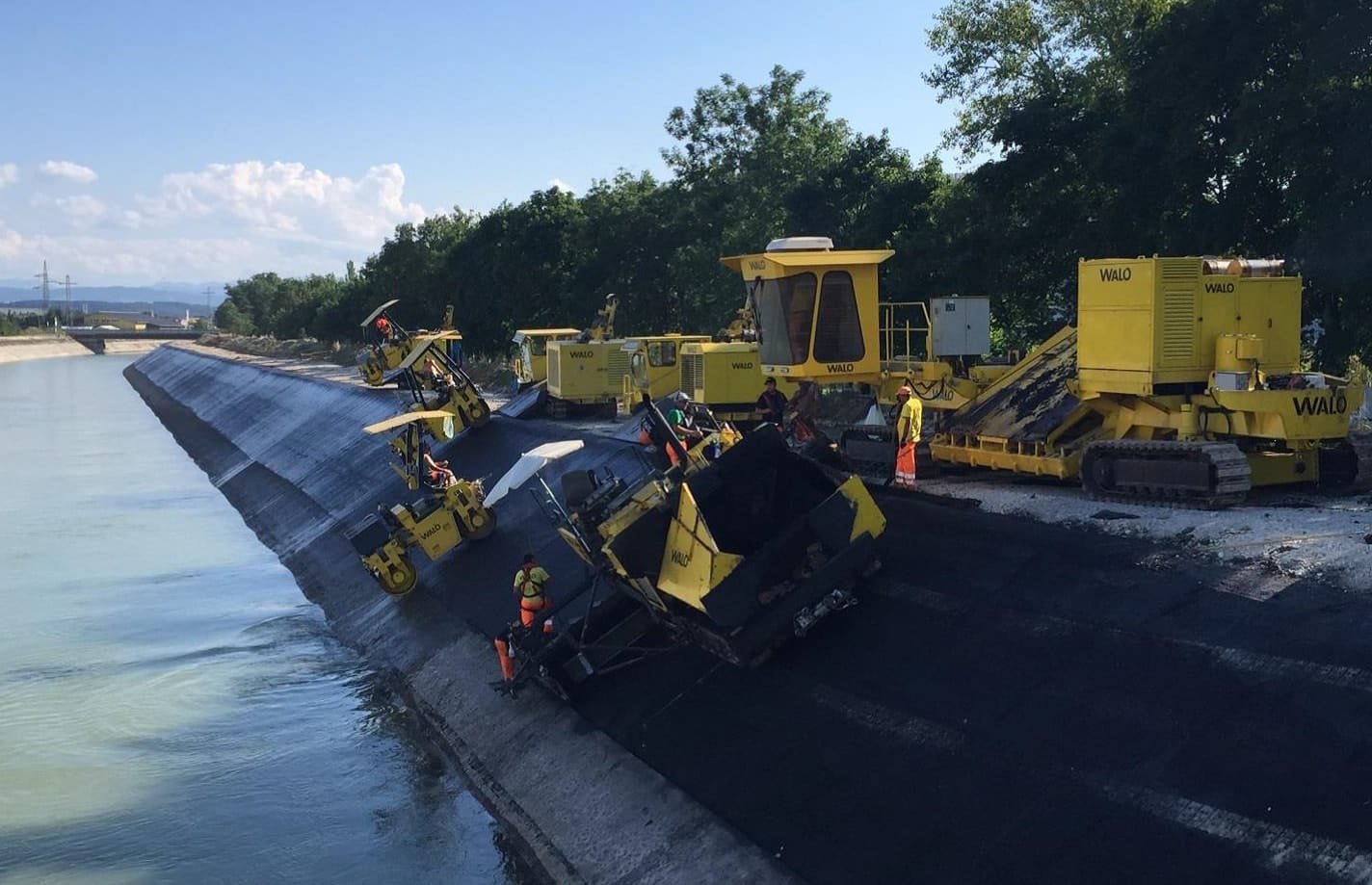 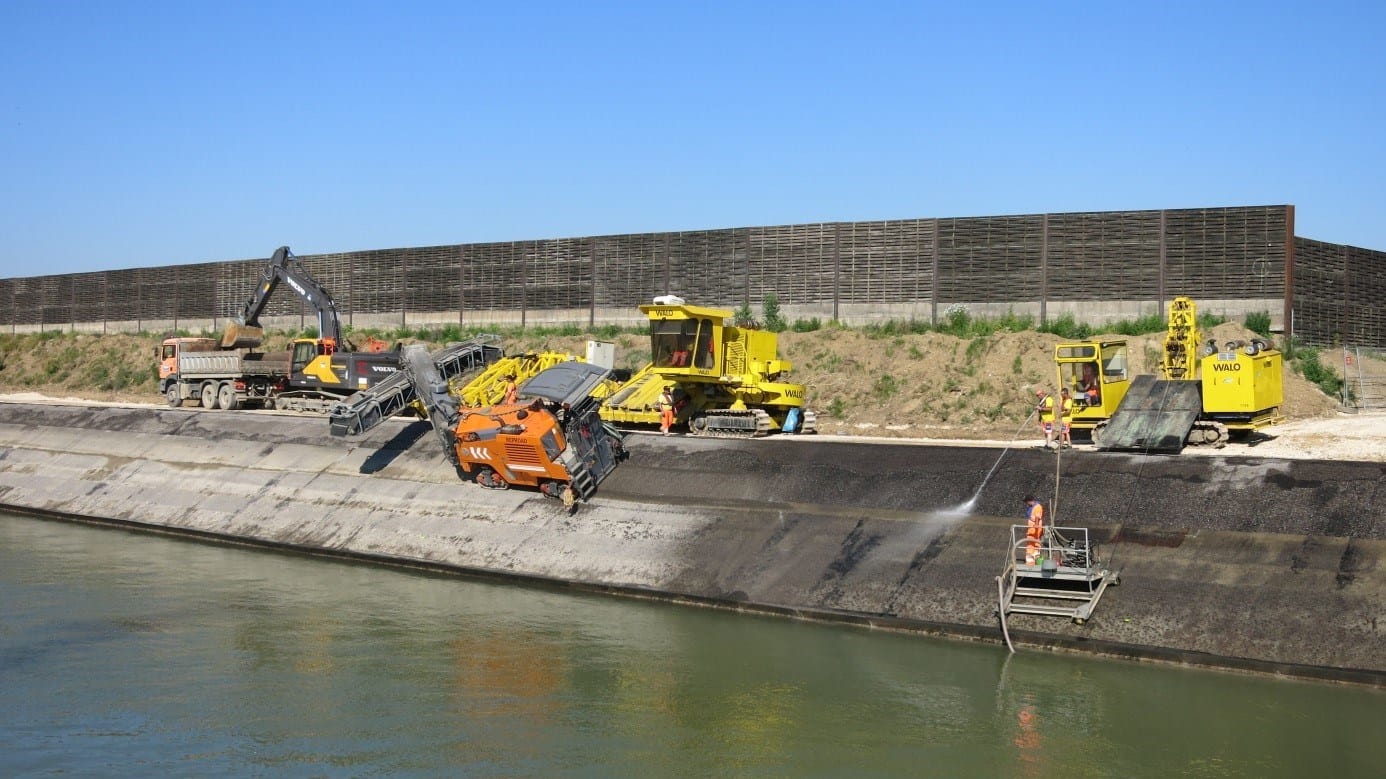